We partnered with Bosch Rexroth ctrlX AUTOMATION - The future of Industry 4.0 | Prescient

We are excited to partner with Bosch Rexroth to bring low-code IoT to ctrlX AUTOMATION.

We are excited to partner with Bosch Rexroth to bring low-code IoT to ctrlX AUTOMATION. 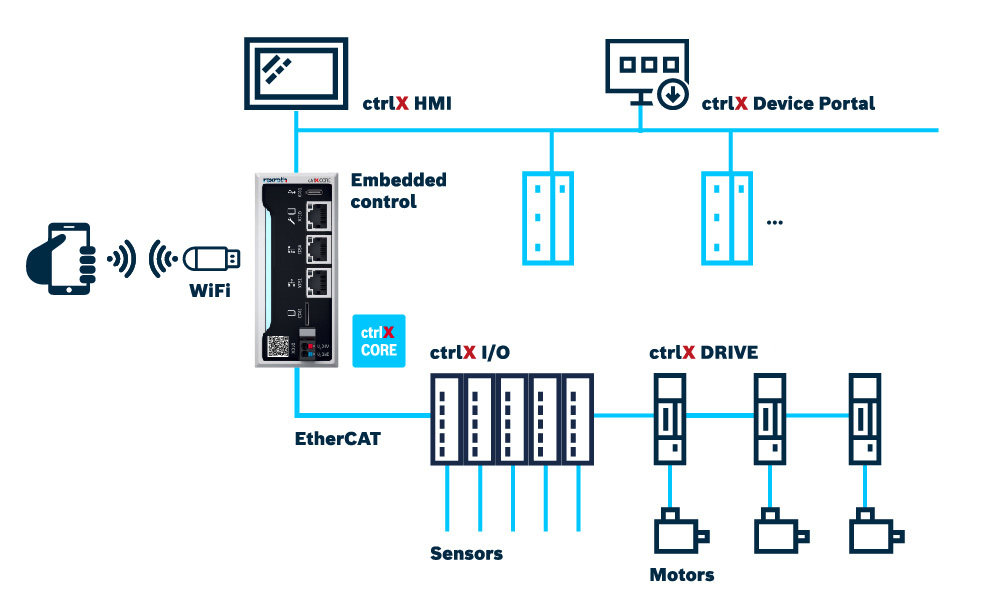 ctrlX AUTOMATION is built on an open and flexible software architecture. It uses containers to isolate different apps inside the hardware, and allows different apps to communicate with each other through a common data layer. This powerful architecture enables the ecosystem to grow and evolve. Bosch Rexroth and its partners provide apps from PLC to HMI to security, meeting the need of customers for applications from OT to IT to IoT. Allowing customers to program in IEC61131 or high-level programming languages, ctrlX enables the new breed of engineers to take full advantage of modern software development. 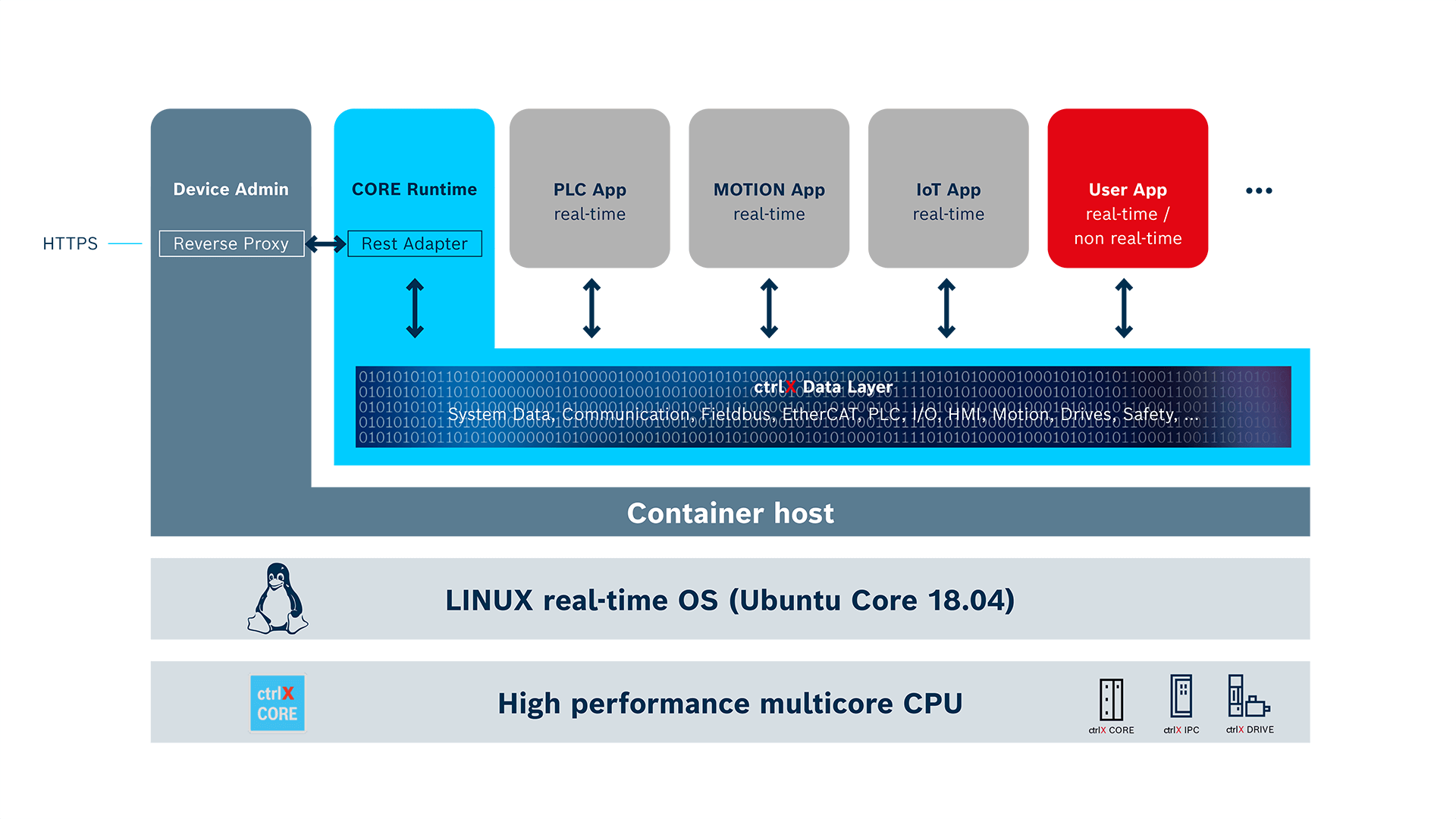 With innovations in hardware, software, and architecture, ctrlX AUTOMATION can reduce the engineering time and effort by 30% to 50%.  It can also reduce hardware components by over 50%. ctrlX AUTOMATION provides a solid platform for the next-generation OT, IT, and IoT system. 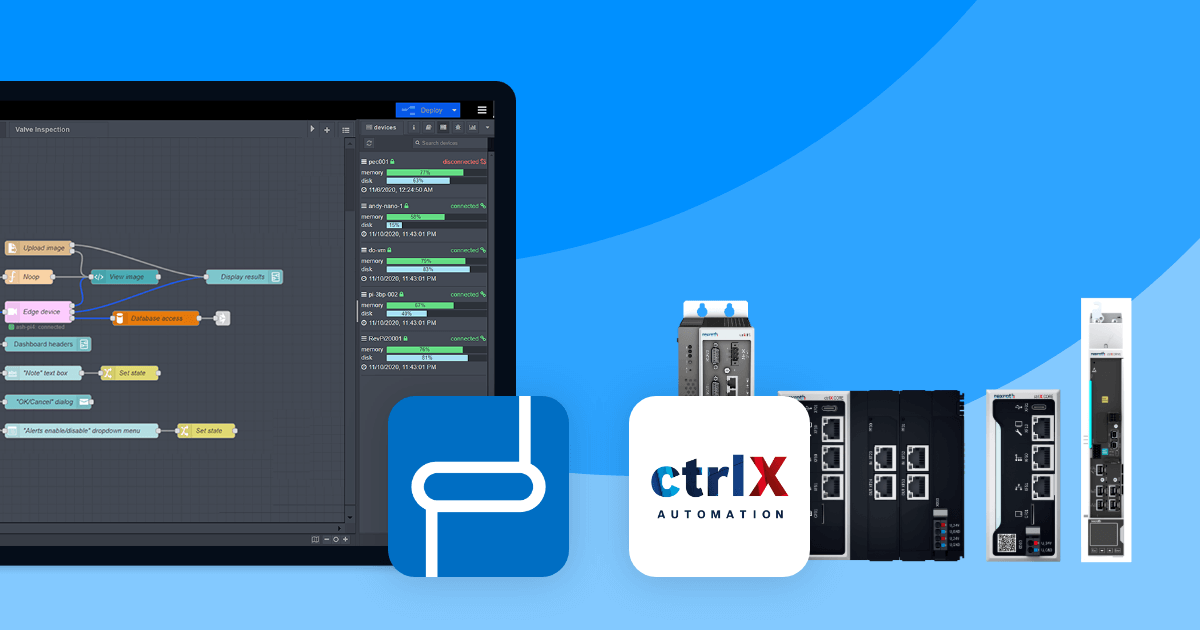 Prescient Designer is Prescient Devices’ industry-leading, low-code IoT solutions platform. It enables users to remotely program their ctrlX AUTOMATION devices with advanced sensing and data analytics functions, and combine them with integrated cloud analytics and dashboards. Whether it is one device or one thousand, Prescient Designer can support the programming with simplicity and scalability.

Data is becoming an increasingly valuable asset in automation. Whether it comes from PLC or motion control, or sensors or cameras, data enables visibility, insight, and intelligence. However, working with data in a distributed automation system has traditionally been difficult because there are so many technologies required: edge computing, data communication, security, orchestration, cloud computing, UI, etc. Most automation engineers do not have the skillset to program such systems.

Prescient Designer is built for automation engineers. For the first time, a single engineer can build an edge-to-cloud IoT solution within a few weeks. As compared to traditionally IoT development, Prescient Designer results in 12x faster development and 6x lower cost.

ctrlX AUTOMATION and Prescient Designer together enable control, motion, and IoT at scale. Together they provide a future-proof control and data platform that is unmatched in the industry.

Experience speed and simplicity in IoT design and development for free. Sign up for our community edition to start for free.

Implementing IoT can be challenging. Prescient Designer's IoT Design Automation Technology can overcome these challenges and makes IoT adoption much...

5 Reasons why low-code is the future of IoT Technology.