Will Industry 4.0 bring soft PLCs to the mainstream?

Hard PLCs are the go-to for industrial applications

Soft PLCs have been around since the 1990s, but they were pretty much side-lined until recently.

Performance and versatility, the key to Industry 4.0

But this is changing. As modern hardware and software keep getting better, there is a new breed of soft PLCs, often called software-defined controllers, that run on real-time operating systems and have performance catching up to that of hard PLCs. However, if this is the only improvement, then it would still be an uphill battle for market share.

Soft PLCs are versatile. Since they are based on real-time variant of standard operating systems, users can program in high-level languages such as Python or Javascript. With the steady increase of software programmers, the preference for programming PLCs will shift to high-level programming languages. It will take time before we see this shift, as many large companies still hold on to hard PLCs because their current engineers are more familiar with traditional PLC programming.

The real shift in the use of soft PLCs is Industry 4.0. More companies are seeking to implement a modern industrial automation system that is connected, data-driven and intelligent. While hard PLCs are good at control, the increasing demand for data and security, both essential components of Industry 4.0, call for the shift to soft PLCs.

Soft PLCs are more suitable for Industry 4.0 due to its versatility and security features

To understand how soft PLCs are more suitable for Industry 4.0, we can take a look at the architecture of a state-of-the-art software-defined controller system - the ctrlX CORE from Bosch Rexroth. 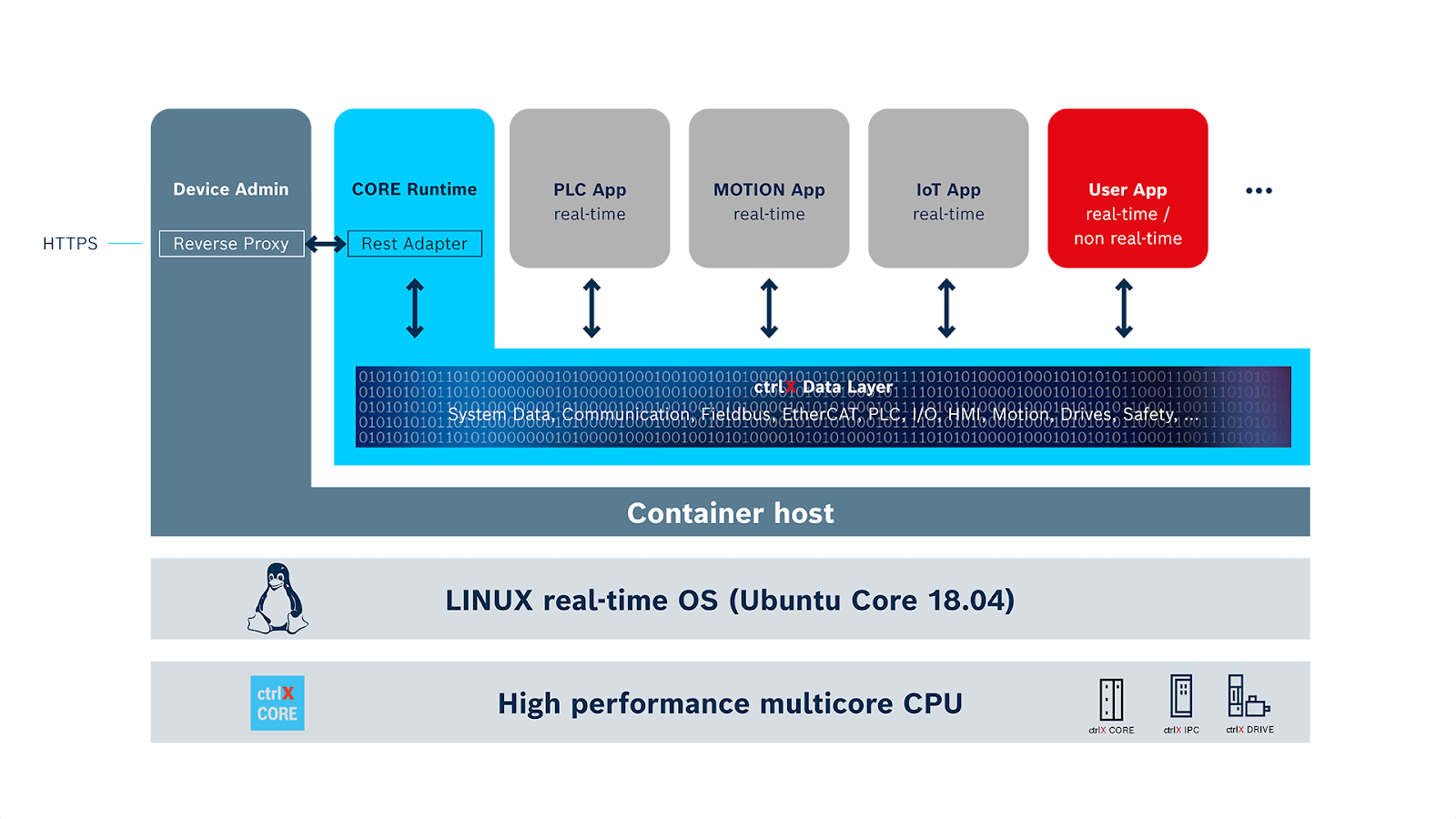 From a versatility perspective, the ctrlX CORE is much more than a PLC. On top of the PLC app, it also includes motion, IoT, and supports third-party apps. This expands the capability of the ctrlX CORE to support applications such as HMI, IoT, machine vision, and machine learning.

[Blog Article] See how we are bringing control, motion and IoT at scale with Bosch Rexroth ctrlX AUTOMATION

Soft PLC is taking off

Whether companies want to hold on to hard PLCs for its familiarity and reliability, or to keep an open mind of what soft PLCs have to offer, PLCs are evolving. Just like how software and operating systems played a role in transforming the handheld mobile phone into the smartphones that have grown to become an essential part of many people's lives today, the PLC is also transforming from being a programmable controller to becoming an intelligent computing device to Industry 4.0 applications. This may still take some time, but the shift is already happening.

Conquer the complexity of IoT

Learn how to navigate the rapid data growth and complexity of IoT adoption. Download white paper.

When it comes to Industrial Internet of Things (IIoT) adoption, software has become a barrier, not a facilitator. Companies struggle with IIoT...