There are many benefits to computing at the edge, including

One application example is computer vision. In the past, machine-learning based inference could only be executed in powerful servers, but today this can be executed in an edge device. This would drastically reduce the amount of data to be sent to the cloud. Furthermore, because data does not need to leave the edge device, data privacy and security can be ensured.

Cloud computing is still needed for aggregating and analyzing data from multiple edge devices, and for tasks that are still too complex for edge devices to handle. Therefore, the future of IoT is a hybrid edge-cloud computing structure, where computing tasks are optimized between the edge and cloud. Prescient Designer makes this partitioning easy. 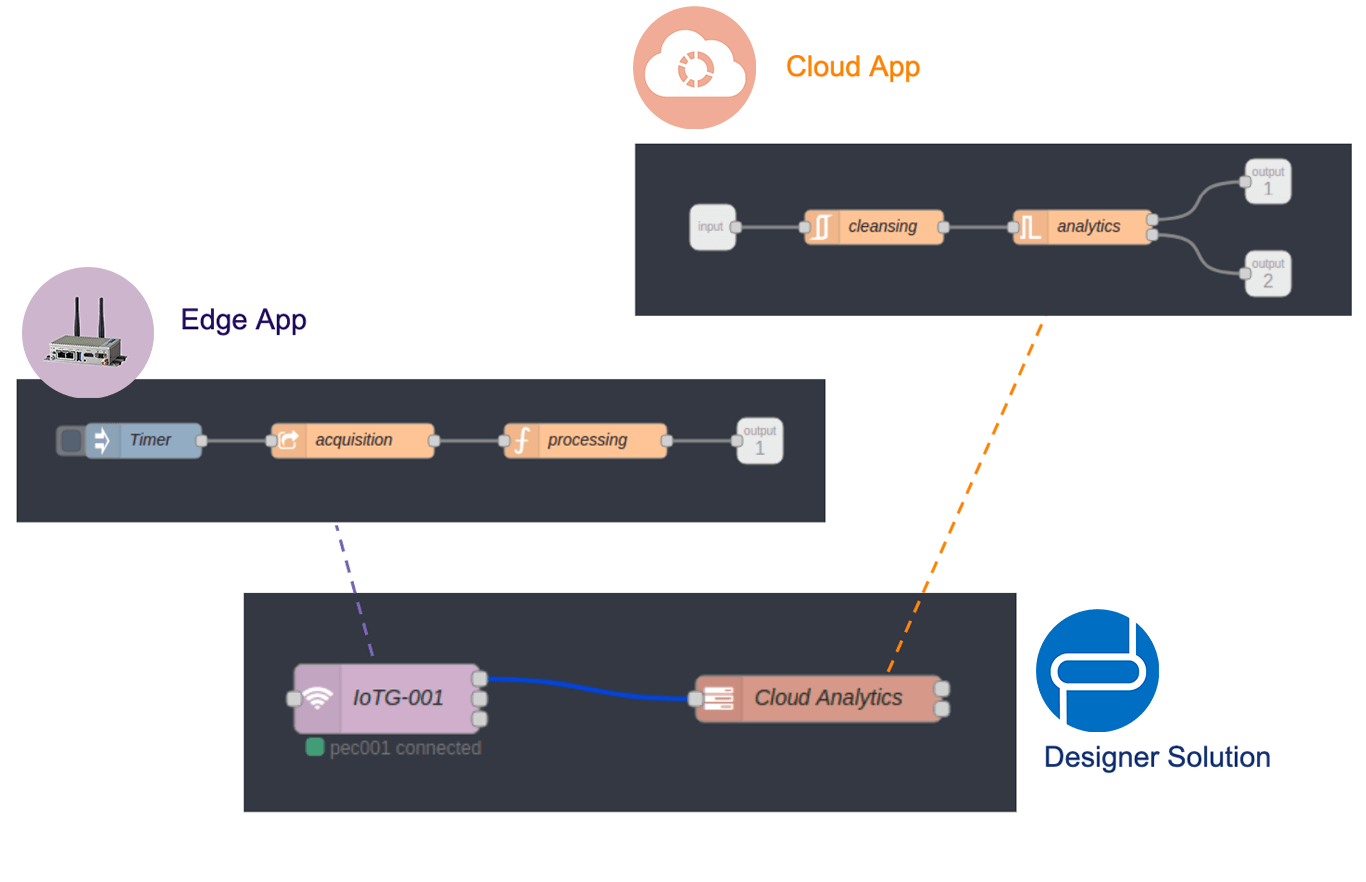 More importantly, Prescient Designer makes it easy to partition edge-cloud operations. In other frameworks, edge apps and cloud apps are kept in separate repositories and are often implemented in different programming languages or maintained by different developers. This creates a huge barrier to optimizing operations between the edge and the cloud. In Prescient Designer, the complete system is implemented as one unified solution, and modules can be easily copied or moved from any device to any other device. This creates a powerful framework for users to design and optimize their solutions.

Learn how to scale your IoT application to multiple edge devices with a single click by accessing our webinar resources.