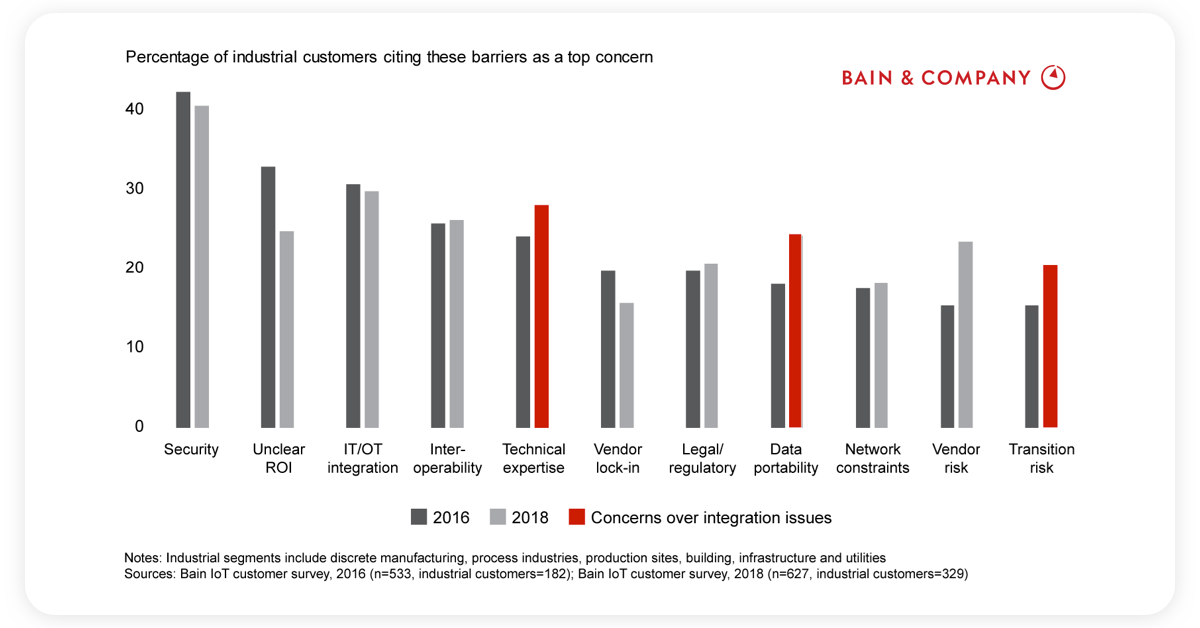 The decrease in concerns over ROI is likely the result of more companies seeing the results of their implementation, along with the growing recognition of the benefits generated by IoT adoption. Companies are now more concerned about issues related to the implementation process: technical expertise, data portability, vendor risks, and transition risks. As companies begin implementing IoT that they start facing the real challenges of IoT adoption. 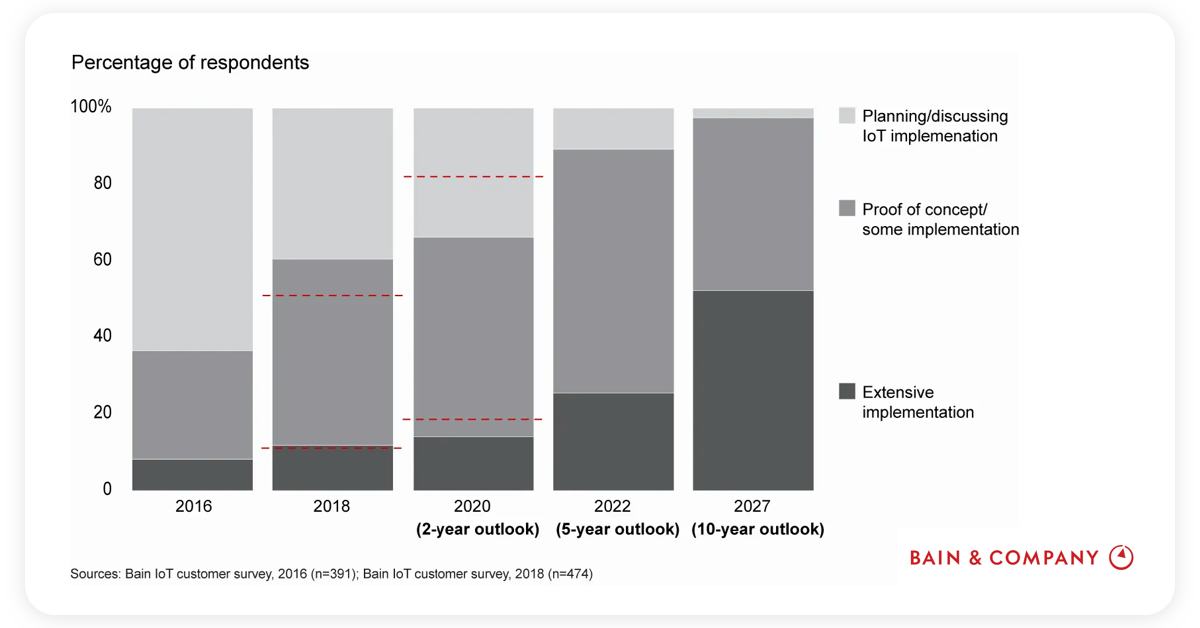 Currently, less than 10% of companies surveyed were able to crossover from proof-of-concept into extensive implementation. IoT adoption remains slow and difficult for most.

Security is the #1 concern in IoT adoption. Edge devices are much more susceptible to security risks as compared to cloud services. Prescient Designer provides an end-to-end security solution that is designed from the ground up. It includes a distributed programming architecture that removes implementation risks associated with edge devices, a patent-pending content-based security technology that monitors edge device operations in real time, and system hardening technology that makes edge devices impenetrable.

For most enterprises, the benefit of IoT is not well understood in the early phases of adoption, but it becomes more clear as the adoption proceeds [2]. Most successful IoT adoptions go through an iterative process. Prescient Designer enables customers to experiment quickly and continuously, which is necessary to achieving the best adoption results in the long run.

Most IT, OT, and system integration engineers do not have the IoT technology expertise to implement IoT solutions. Prescient Designer makes this possible by virtualizing the IoT technology stack behind a low-code distributed programming framework, thereby eliminating technology complexity and preserving application design flexibility.

Data portability is a major headache due to limited customization capability and lack of standardization in turn-key IoT solutions. Prescient Designer adheres to the popular Node.js framework and the JSON data structure. In addition, its flexible programming capability can solve any data portability issue.

Unlike solutions provided by most IoT vendors, Prescient Designer runs edge applications in IBM’s Node-Red, which is widely used and battle-tested. This reduces customers’ risks in using unproven software, and it provides a migration path if customers decide to leave Prescient Designer.

IoT adoption should proceed in small and quick steps. Prescient Designer enables customers to experiment quickly and adapt solutions as needed based on business needs and technology changes. This provides significant reduction in transition and investment risks.

Prescient Devices Low-code Distributed IT Infrastructure solutions simplify IoT Integration to build and manage IoT solutions in an existing IT...